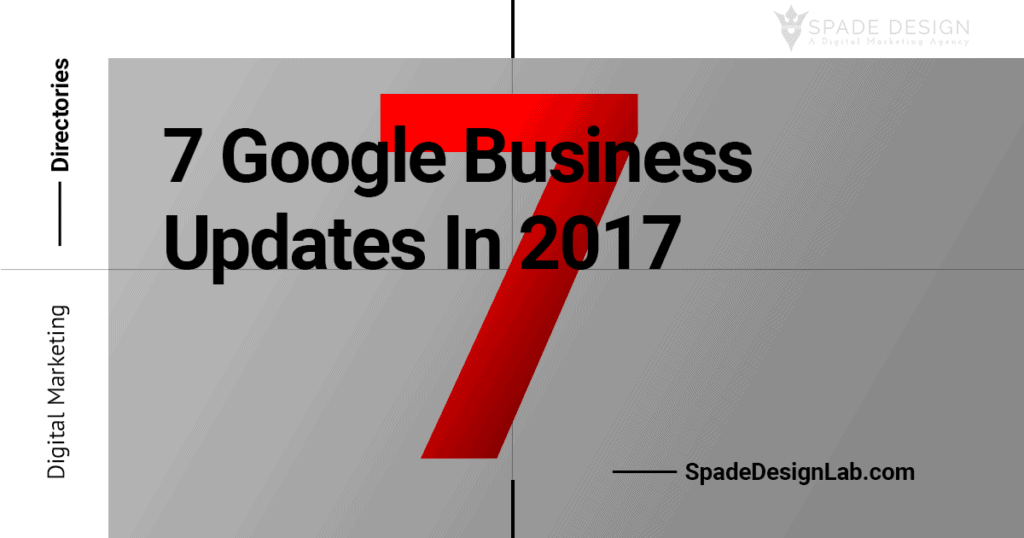 Google has been quietly rolling out new features and updates to Google Business over the last several months, and the team at Spade Design has compiled these underreported changes to help your business.

We all know that Google is constantly launching updates to their products (over 1,600 last year), and some of these changes are well covered and some slip by unnoticed. With the help of my team, I have been quietly keeping track of some of the major changes we’ve noticed so far, this year. This information will not only impact those of us who work in Local SEO but it will also help those business owners trying to manage their marketing and digital presence themselves. 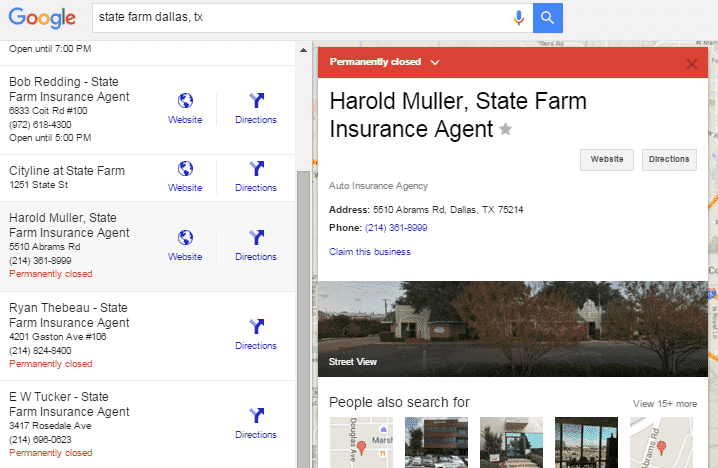 If you look at the picture above, about permanently closed listings, you’ll see that there used to be tons of “permanently closed” listings ranking in the Local Finder. They would typically show up at the end of the list (after the open ones), and if you edited a ranking listing to make it appear permanently closed, it would instantly drop to the back of the list. Which a lot of unethical people used to their advantage.

I haven’t seen a single “permanently closed” listing in the Local Finder in months. This is mostly a good thing since they aren’t overly useful for users.

The “permanently closed” label is problematic for local SEOs in a couple of scenarios. The first would be for businesses that have practitioners. These are the industries that are most likely to have “permanently closed” listings floating out there that they don’t know about for their practitioners. They are now harder to find, but customers could still be seeing them while searching on Google.

Tip: Search for all your existing and former practitioners on Google by name + city and make sure you don’t have any of these out there.

The second problematic scenario would be when spammers start marking competitors as “permanently closed” to make them disappear. You won’t get any type of notification from Google when this happens to your business (Thanks a lot Google!) unless you visit your Google My Business dashboard daily.

Tip: Since not everyone has time to do that, my suggestion would be to hire an agency that will do this every day so they monitor and fix changes on your listing(s), like Spade Design does. Yes, we check every-single-day.

2. Google removes the ability to access the classic version of Google Plus

Google came out with the new version of Google Plus back in 2015, but up until a couple of months ago, they still kept the classic version accessible — and it was the version that Google cached in their search results.

Why does this matter for local SEOs? The classic version had all the Name, Address, Phone Number (NAP) data on it that we loved so much, and the new version gives you none of this info. Many of us used the search trick site:plus.google.com search to find duplicate listings for clients. Now, this function no longer works, since the cached version of Google Plus has no phone number, no address, and no reviews.

Tip: Unless you’re using Google Plus for posts that get lots of engagement, you don’t have much else to do over there, since it’s now almost completely divorced from Google My Business. Posting random links to your blog articles won’t help you unless they get shares, +1s or comments.

3. Google launches a platform for reviewing edits to business listings on Google Maps on Desktop

Since MapMaker shut down, lots of people are under the impression that reviewing edits to business listings is no longer possible. Google has had the ability to review edits on the Google Maps app for quite some time, but since those of us in the local SEO industry rarely sit around doing client work on our phones, lots of people don’t realize this is possible. In March, Google also launched a “Check the Facts” feature on Desktop for Local Guides. This is a very simplified version of editing and isn’t really comparable to what we used to have on MapMaker, but it does allow for users to approve or deny each other’s edits to business listings. When this first launched, it was only available to Local Guides who were a Level 5 (like the team at Spade Design) but rolled out to all Local Guides levels a few weeks later. 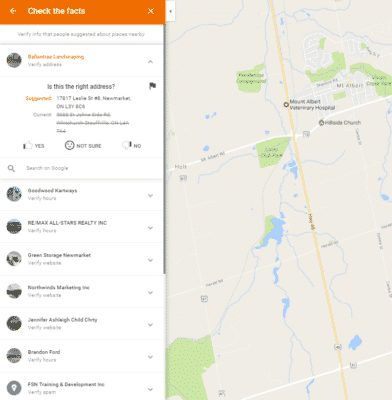 4. Google removes pending edits for a listing’s status from showing up on the Google Maps app

Another good thing to counter those unethical business owners and spammers, that were attacking legit business listings by reporting their listings as spam just to get the pending status to show up on their listing on mobile. Indeed, these spammers shifted their focus to Trump Tower at one point, and searching for it on the Google Maps app produced the following listing: 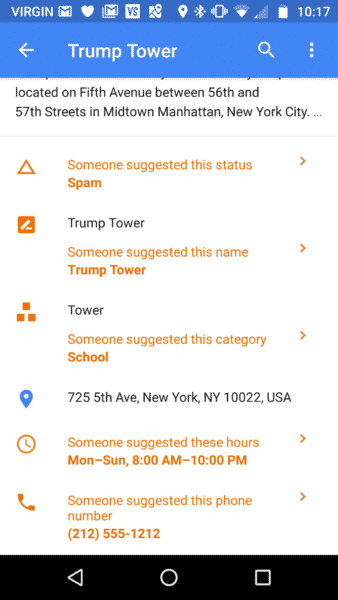 Google removed pending edits for a listing’s status shortly after I wrote that article, so now if someone reports you as spam, you don’t have to worry unless the edit actually publishes.

5. Google rolls out the Snack Pack to more industries in the USA

Different from the 3-pack, the “Snack Pack” refers to the local layout that is missing the links to the business website or driving directions; instead of seeing these (useful) buttons, you get an image.

For some reason, Google decided earlier this year that all of us who search on Google would love to see pictures of bugs when searching for pest control instead of a website that would tell us more about the company we’re potentially hiring. 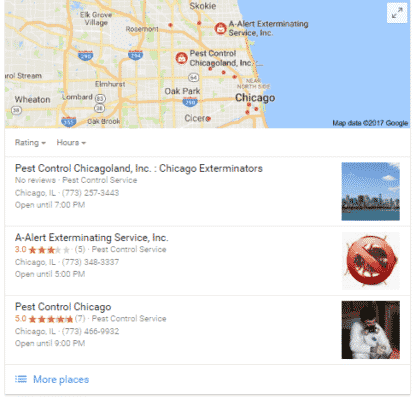 In addition to pest control, jewelers and sporting goods stores also now have this layout.

6. Businesses can now access 18 months of data from Insights inside their Google My Business dashboard

In April, Google added bulk insights to the dashboard, which might look unimpressive at first if you don’t catch the fact that you can now select a custom date range for data and aren’t stuck looking at one-week, one-month, or one-quarter intervals! This is a huge plus for agencies, like us, who onboard new clients and want the ability to see how their stats look before we start improving things.

Tip: Compare data year over year instead of month over month. I find this gives a much more accurate picture of improvement, especially for seasonal businesses.

I first heard about this AdWords feature last year while at a conference, but we heard very little from Google about it. Then all of a sudden, we noticed these ads starting to show up everywhere a couple months ago. Here is a picture of what they look like:

Have You Noticed Anything Else?

Tons of other updates have happened in the last few months, but I wanted to highlight the ones I found which got very little coverage and you may have missed. Were there any other major things you noticed that didn’t make the list? If so, email us at info@spadedg.com and let me know![/vc_column_text][/vc_column][/vc_row]

The Difference Between Rankings and Traffic

How to Design a Website Fast, Within Budget and Scope of Work

Why Your Law Firm Needs A Blog

The Spade Design website SEO analysis report will be a complete audit of your website, and help you fix on-site issues to boost SEO-optimization. Please Complete the form below to claim your free website audit and our experts will manually review your site for errors.